So I’m here on a spiritual journey … detoxing from others.. cleansing my body .. meditating … working on me … making my home a sanctuary of love .. peace and just being …

Going through things tossing them out I found this … I am first generation American … my parents from war torn Berlin Germany growing up through the Berlin blockade .. airlift … hitler snd the such… they came to this county first my dad on the Ss amerika in 1961 and then mom ( pregnant with my brother ) on the Ss United States ( now docked in Philly ) … he was born in 66 and I was born in 77… my cousin trevor and my cousin Jasmine were there the year I was born as exchange students … my cousin going through her own family stress and battles … well until recently ( I’ve found her to be very toxic in the sense of materialistic.. superficial .. you have to dress and act a certain way for people to notice you .. for men to love you ..you know .. fake fake fake … so we stopped talking as I do not want that as a part of my own life and light … I came across this …. A photo of my brother .. she drew.. in 1977 the year I was born … now my brother and I had a great relationship until I was about 12 … then he got very jelous.. very mean.. saud snd did things to me a brither shoukd not… going through my own verbal abuse from him and physical.. mental and emotional from my parents while he kind of shielded me from … until I was about 5 when he left and moved out… he was later diagnosed bipolar schizophrenic never took medication or therapy after attending and signing himself out of the NAMI program …. Could this be a sign that he’s here around me??

In Germany, you’ll find this dish called by different names depending on which region of the country you are in.

Anyone get a photo of the night sky ??? 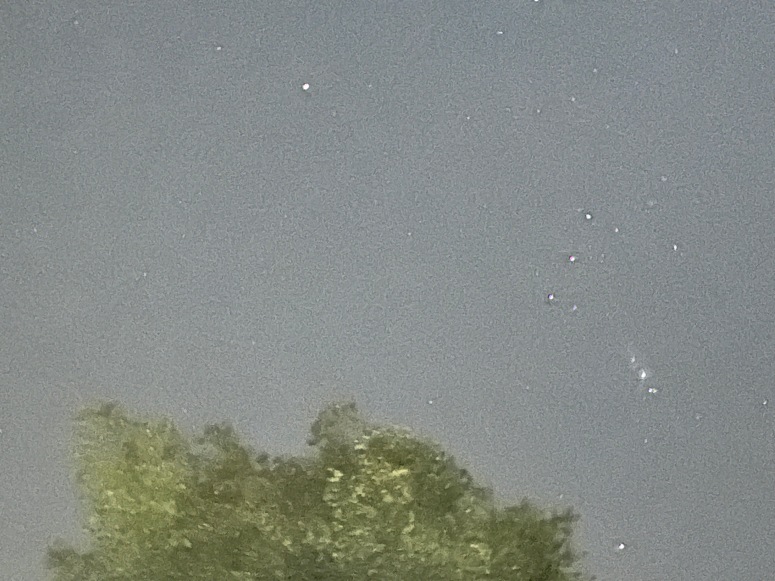 4am walking the pup .. what a beautiful stary night sky …. tried to take a picture but the moon was so bright lol … so here it goes …

So.. I’ve been going to Starbucks .. wawa and Dunkin’ Donuts in Medford NJ .. Cassie and I came here last week and she got a coffee.. this place used to be a TCBY like I stated in my old post..

So today cassie decided to treat me.. and we’ll I have to say this is my new spot … the coffee is just like you would get in Italy .. the flavor .. the quality is superb … they have coffee served in bags and local honey and things sold here as well…

If you want something light they also have smoothies .. salads.. muffins and little things like that .. all fresh fresh fresh !!!

Customer service is amazing… people here are friendly and just like most small towns like ours … friendly “ neighborly “ people just relaxing on a Saturday with friendly conversation ..

Cassie got the mocha iced coffee and I got the dead eye.. ( Splenda .. skim milk ) Wich jeans THREE whole shots of espresso … yummy

Complex language/ethnicity question. I know in the area East and Northeast of Plzen (blue circle) there is a significant population with German-originating surnames (Müller, Böhm, etc). Up to the beginning of the 1800s, many parish records there were recorded in German, but only briefly later they switch to Czech and never switch back. Of almost all the people I’ve found who immigrated to America from this place (ie Rokycany/Beroun), their graves are recorded in Czech (if not English) and never German (even those with German surnames) so that implies almost all people there from the latter part of the century mainly spoke Czech.

The area to the left, poorly scratched in red, was from what I can tell majority German and German-speaking (ie Sudetenland before WWII). What I’m wondering is were the people in the blue circle “initially” Germans who became “more Czech” when more Czech people migrated in with their language in the 1800s, or was this area “initially” Czech where Germans moved in (significantly enough to garner German priests) and gradually assimilated to Czech?

I feel like this question can apply to a lot of places, like Prague or Sudetenland. Was Prague & Sudetenland in medieval times actually “German”, or was it Czech to then become majority German, then going back to Czech after WWII? Or maybe this is just a “chicken and the egg” thing.

I found this person Wilhelmina Louise Hohenhaus was born in Sadelburg Germany and came to the USA.

Wilhelmina Louise Hohenhaus, daughter of August & Dorothy (Lutzke) Hohenhaus, was born on September 1, 1849 in Sadelburg, Germany, and died April 26, 1918 in Wells, Rice County, Minnesota.
She married John Fredrick Krenske in 1870 in Manitowac, Wisconsin. He was born on January 9, 1842 in Germany, and died March 7, 1913 in Rice County, Minnesota.
John & Wilhelmina had twelve children, but we know the names of only eight of them: Frederick, Anna, Minnie, Emma, Ida, William, Lydia, and Edward.

OBITUARY:
Rice County Journal, May 1, 1918:
“MRS. JOHN KRENSKE, 68 YEARS OLD, DIED FRIDAY EVENING, APRIL 26, AT HER HOME IN THE TOWN OF WELLS, FOLLOWING AN ILLNESS OF SOME TIME, DROPSY BEING THE DIRECT CAUSE OF HER DEATH. FUNERAL SERVICES WERE HELD MONDAY AFTERNOON FROM THE GERMAN METHODIST CHURCH AT ROBERDS LAKE, AND WERE CONDUCTED BY REV. F. E. MEIERBACHTOL..”